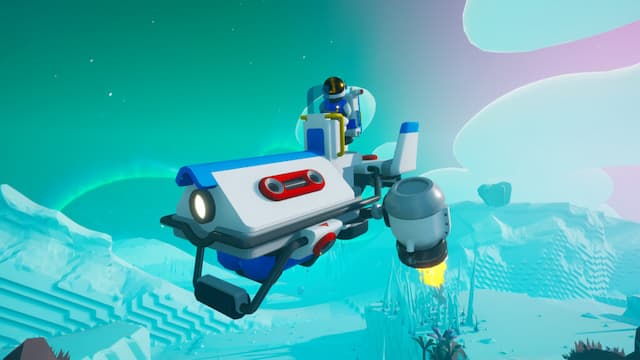 The VTOL is the fastest aircraft in Astroneer, so you’ve probably had your eye on it for a while now. And if you decide it’s finally time to get a VTOL aircraft for your setup, we can show you how. Just be aware that the VTOL is one of the most challenging vehicles to obtain in the game, so buckle up because it is a lengthy process. However, once all is said and done, you’ll be cruising around any planet with ease and speed.

How to Unlock the VTOL in Astroneer 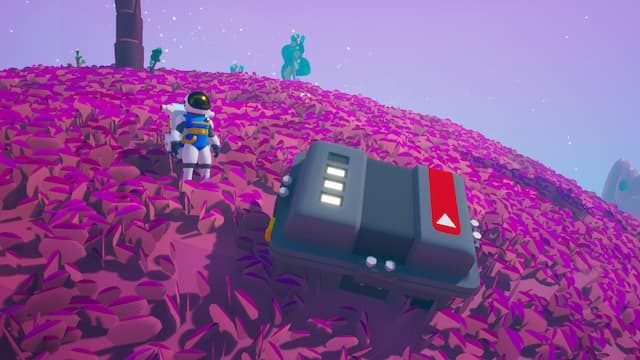 To unlock the VTOL in Astroneer, you first need to unlock the Vertical Thinking mission. You unlock this mission by completing either the Fuel for Thought or Onboarding missions.

Once you’ve completed one of these missions and unlocked Vertical Thinking, it will ask you to blow up an EXO Cache labeled “Vehicle Data Recorder.” The EXO Cache is located on Vesania, and you’ll need to destroy it to get the EXO Chip inside. Make sure to bring some dynamite with you, or procure some on-planet.

Once you’ve retrieved the EXO Chip, you’ll unlock the Bootstrapping mission. This will reveal the location of the MAT. Once there, simply insert the EXO Chip to unlock the two resource missions for making the VTOL.

The resource missions will task you with delivering two full canisters of Hydrogen and Nitrogen to the MAT. The second will require you to bring two of each of the following materials: graphite, titanium, and tungsten. This can be a time-consuming mission, so we recommend you prepare them ahead of time to speed up the process.

Once you’ve fed the MAT those resources, the next mission will ask you for a few more. This time you’ll need two Silicone and two Tungsten carbide. Feeding this into the MAT will unlock the last mission, which is providing the MAT with three EXO Chips. So we hope you’ve been saving them up because if not you’ll have to trade a total of nine Astronium for three EXO Chips using the Trade Platform.

Then you have the last mission, Finished Product, where you just have to activate the MAT to collect the VTOL, its Schematic, and two Hydrazine. When you activate the MAT, it will blow up; this is normal, so don’t stress. The VTOL will instead be delivered to the nearest landing pad.