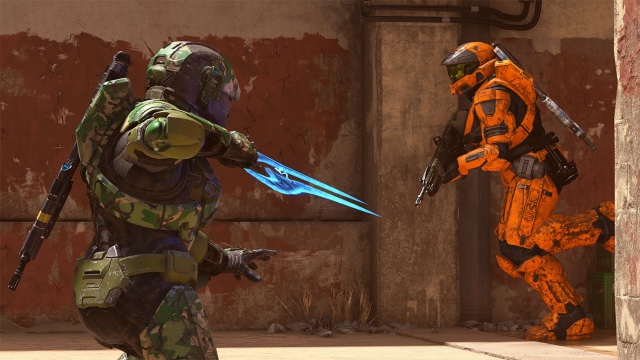 Incredible news for Halo Infinite fans today – as the multiplayer went live a month ahead of schedule. Yes, Halo Infinite multiplayer is available now, thanks to a reveal at today’s Xbox 20th Anniversary event. The mode is still classified as being in beta as it stands. However, you’ll be able to play the full range of modes and maps that’ll be in the game upon its December 15 launch.

Halo Infinite Multiplayer Is Out Now

Exactly a month before it was due to release alongside the base game, Halo Infinite‘s multiplayer mode went live today. The good news was confirmed by 343 Industries’ Tom French, the game’s Multiplayer Associate Creative Director. As such, players on PC, Xbox One, and Series X/S can download and play Halo Infinite now.

Even better, Halo Infinite‘s multiplayer is totally free-to-play. That was revealed prior to today’s news, though it ensures all Xbox owners can enjoy the fun. Crucially, 343 Industries is still terming this early launch as an extended beta phase. However, it doesn’t have an end date, and will run right through to the game’s worldwide launch. You can therefore expect all your data to carry over. In fact, the transition to base game will be seamless for those who haven’t preordered on disc.

Since Halo Infinite multiplayer is technically still in beta, you can expect a few bugs and glitches along the way. Of course, these will likely be ironed out upon full release. The first season of the battle pass, also available now, is Heroes of Reach. Alongside a new launch trailer, it shows off the various weapons available, as well as capture-the-flag modes and exciting grappling hook mechanics.

It’s brilliant news for anyone excited for Halo Infinite, as the wait to play multiplayer just ended a month early. While we’ll still have to wait for the campaign and a continuation of Master Chief’s story, Halo Infinite is, in a way, out now.