Very good news if you’re a fan of Agent 47 and his adventures in the Hitman games, as the entire World of Assassination trilogy makes its way to Game Pass today. To celebrate one year since Hitman 3 released, Game Pass subscribers can now experience all three of the recent games at no extra cost. Join us as we look at the Hitman trilogy’s arrival onto Game Pass. 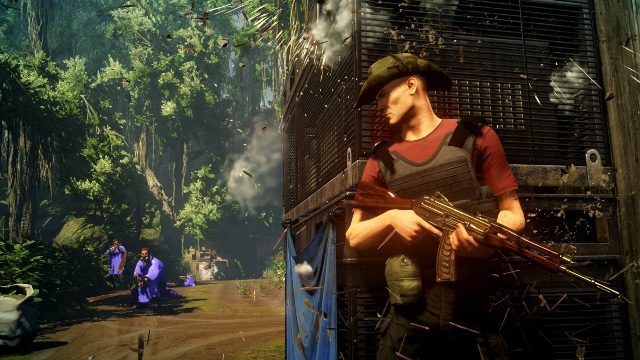 Yes, today (January 20) marks the arrival of IO Interactive’s Hitman trilogy on Game Pass. This encompasses the 2016 pseudo-reboot Hitman, its 2018 sequel, and 2021’s Hitman 3. Today also marks the game’s launch on Steam. Previously, PC gamers could only get the game on the Epic Games Store.

The good news is that players can experience all three games within the Hitman 3 package. The game’s cloud-based approach to missions means you can import levels from the first two games. Therefore, Xbox Series X/S owners can experience those slightly older games with next-gen graphics and performance, including gameplay tweaks made to later sequels. That sounds like a win-win to us!

Currently, we don’t know how long the Hitman trilogy will remain on Game Pass. It seems like it should be quite a lengthy deal, given how much content is packed into each of the games. There are hundreds of assassinations to play through in these three games. On top of that, Hitman 3 is now entering its second year of live-service support, with new levels, regions, and an open-world Freelancer mode.

It all means that any players yet to enjoy Agent 47’s latest adventures can now dive in. It’ll also increase the hype for IO Interactive’s upcoming James Bond game, which is still in the early stages. If they want a sure-fire way to drum up excitement for that game, then giving Game Pass subscribers access to their previous three games is definitely a smart move.